Worthwhile Consults and Cultivates an Environment of Embracing the New

Michelin is known as one of the world’s best tire manufacturers, but the company does more than that. In fact, its services division is already serving thousands of fleet customers.

But that was easier said that done. As with any large corporation, the organization worked well but moved slowly. And moving slowly in the increasingly rapid digital services market meant falling behind.

So as Michelin worked on creating a new customer lab to practice innovation, it looked for a partner to help existing projects move more quickly. That’s where Worthwhile came in.

Worthwhile worked across functions in both Michelin’s traditional way of business and in the new continuous innovation context to ideate, evaluate, and build business cases for multiple ideas. The result was a project that was fully vetted and evaluated 75% quicker--in six months, instead of the usual two year innovation lifecycle.

Then, once the customer lab began operations, Worthwhile became an idea and development partner, using an agile approach to build working prototypes that allowed the lab to get buy-in from its customers and ultimately build business cases for industrialization at the team's higher rate of velocity.

Through it all, Worthwhile earned Michelin’s trust by recommending innovative steps backed by customer empathy, not by the billable hour. That’s created a continuing partnership that helps Michelin achieve its innovation goals. 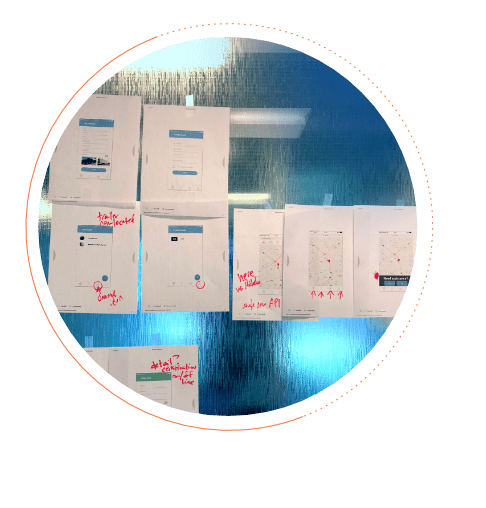